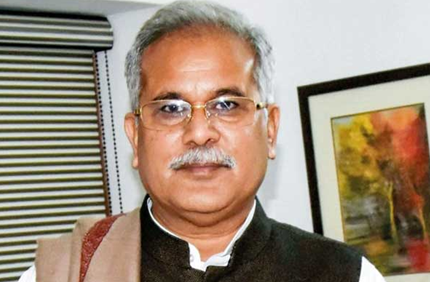 Raipur (thestates.news) | Under the leadership of Chief Minister Bhupesh Baghel, more than 103 lakh metric tonnes of paddy have been procured in the state. The record of paddy procurement is also breaking every year and the ‘Nyay’ schemes of the government have brought prosperity to the lives of farmers and villagers. A lot has changed in the agricultural ecosystem of the state in the last four years. Farmers who once gave up farming are now taking the profession back. This has resulted in an increase in the crop area of the state. The state government is making all possible efforts to empower the farmers with its farmer-friendly policies and schemes. Farmers of the state are shifting towards modern agriculture, purchasing tractors and modern agricultural equipment.

Problems arising in the paddy procurement system are being resolved by making the process more systematic and transparent. For the convenience of the farmers, online tokens are being made available through the ‘Token Tuhar Haath’ mobile app. The farmers selling paddy are not facing any problems now. Payment for paddy purchases is also being made directly into their bank accounts. The Rajiv Gandhi Kisan Nyay Yojana run by the Government of Chhattisgarh has increased the confidence of the farmers. Due to this the number of farmers and the area under cultivation is also increasing continuously in the state.