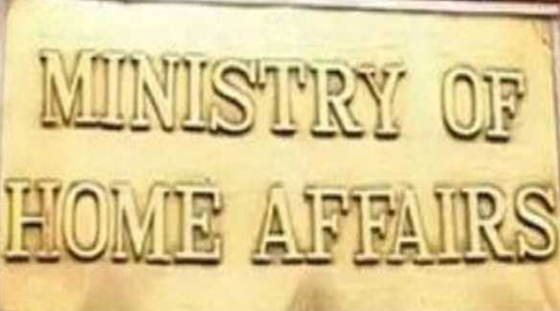 New Delhi, (the states. news) The Ministry of Home Minister on Thursday announced country’s top 10 Police Stations on the basis of their performance and selected from a total of 16,671 police stations on certain parameters prescribed by the Government.

The Ministry in an official release said that the list was in accordance with Prime Minister Narendra Modi’s directions while addressing the 2015 Directors General of Police  Conference in Kutch, Gujarat.

The 10 top Police stations are Nongpok Sekmai under Thoubal district in Manipur, AWPS-Suramangalam in Salem in Tamil Nadu, Kharsang in Changlang district in Arunachal Pradesh, Jhilmili in Surajpur district in Chhattisgarh, Sanguem in South Goa, Kalighat in North and Middle Andaman district, Pakyong in East district of Sikkim, Kanth in Moradabad district of Uttar Pradesh, Khanvel in Dadra and Nagar Haveli and Jammikunta Town in Karimnagar district in Telangana.

This year’s survey for best police stations was conducted under challenging circumstances by the Ministry of Home Affairs. It was difficult to access police stations located in remote areas during the Corona pandemic due to various restrictions on movement and the survey was conducted in accordance with the guidelines of the Government, the MHA said in a statement.

“This is also true for those police stations which have been ranked among the top 10. This indicates that while availability of resources is important, more important is the dedication and sincerity of our police personnel to prevent and control crime and serve the nation”, the MHA said.

Out of 16,671 Police Stations, the top 10 best Police Station were selected while 75 Police Stations were chosen for next stage of the ranking process in the country through data analysis, direct observation and public feedback.

All States of the Union participated in this year’s survey with full co-operation to complete the survey during pandemic period. The annual ranking of Police Stations recognizes the hard work of our police personnel encourages our police forces and also provides a feedback on many aspects of policing in the country for future guidance.

It also provides a picture of the state of physical infrastructure, resources and deficiencies at the level of police stations. The annual exercise of ranking of police stations works as a constant guide for improvements. (uni) (media saheb.com)