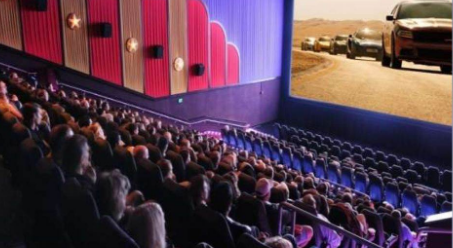 SRINAGAR, (thestates.news) : Tuesday is a special day for Kashmir, which has been surrounded by terror, violence and bigotry for nearly three decades. Like other parts of the country, multiplexes are going to open in Kashmir too. Lieutenant Governor Manoj Sinha will inaugurate it today morning. Actor Aamir Khan’s film Laal Singh Chaddha will be screened on the first day. Ahead of the inauguration of this first multiplex on Sunday, two multi-purpose halls under Mission Youth in Pulwama and Shopian, strongholds of terrorists and banned Jamaat-e-Islami, have been dedicated to the people of Kashmir. There is also facility to show movies in these halls.

Starting in the state’s summer capital, Srinagar, the INOX multiplex has been built in the Badami Bagh military cantonment area on the same site as the Broadway cinema in 1965. Broadway is now history. This multiplex has been completed in about two years.Its owner is Kashmiri Hindu Vikas Dhar. They did not flee Kashmir without caring about the threats of the terrorists. The first Broadway cinema built at this place also belonged to Vikas Dhar.

Vijay Dhar has said that on the first day we are showing the film Lal Singh Chaddha. This is because many scenes of the film have been shot in Kashmir. Many artists in this are Kashmiri. The multiplex will open for the general public from October 01. For the next 10 days, we are organizing special shows of the film for different sections of the plaintiffs. Dalvi Atom digital sound system has been installed in it. The multiplex has the facility of three cinema halls.(HS)