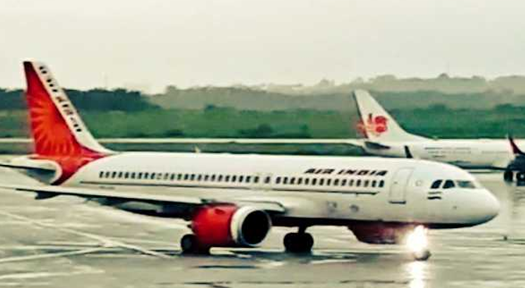 New Delhi,( thestates.news): Air India, which is owned by the Tata Group, is planning to order up to 300 narrow-body jets. This deal could be one of the largest in commercial aviation history, according to the report, as the formerly state-run airline looks to overhaul its fleet under new ownership. Air India is expected to order Airbus SE’s A320neo family of planes or Boeing Co.’s 737 MAX models, according to sources. At sticker prices, a deal for 300 737 MAX-10 jets could be worth $40.5 billion, though discounts are common in large purchases.

Because Airbus dominates the Indian skies, winning a narrow-body order would be a major coup for Boeing. Prior to the Covid-19 pandemic, India was the world’s fastest-growing aviation market. IndiGo’s parent company, InterGlobe Aviation Ltd, is the world’s largest customer for the European manufacturer’s best-selling narrow-body aircraft, having ordered over 700, while Vistara, Go Airlines India, and AirAsia India also operate planes from the same family.

Production and delivery of 300 planes, on the other hand, would most likely take years, if not a decade. Airbus currently produces about 50 narrow-body jets per month, with plans to increase production to 65 by the middle of 2023 and 75 by 2025.(HS)