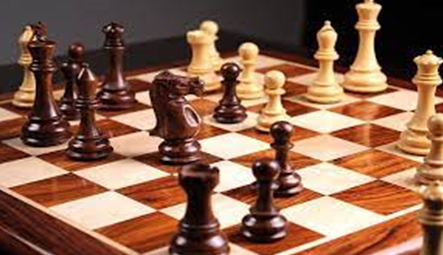 Raipur,(thestates.news)| Chhattisgarh Chief Minister’s Trophy International Grandmasters Chess Tournament organized again after 20 years by Chhattisgarh Pradesh Chess Federation under the guidance and patronage of All India Chess Federation, Sports and Youth Welfare, Chhattisgarh Olympic Association. But to be held from 18 September to 28 September in the capital Raipur. About 500 chess legends from 15 countries of the world will participate in this tournament. The winning players will get Rs 35 lakh as prize money.

Selected 50 games from these events will be broadcast live daily through the world’s leading chess site. In a press conference, Gurcharan Singh Hora, General Secretary of the Chhattisgarh Olympic Association and Chief Patron of the State Chess Federation, has given this information on Friday.

Gurcharan Singh Hora, chairman of the organizing committee and chief patron of Chhattisgarh Pradesh Chess Association, said that this tournament is being held again after a long gap of two decades. With such an event at the international level, this tournament will definitely prove to be a milestone for the chess players of the country and the state.

Apart from the winning trophy, a total prize money of Rs 35 lakh has been kept in this competition. The competition is being organized in the form of two categories i.e. Masters and Challengers. In Masters category Rs 23 lakh and trophy and challengers Rs 12 lakh and trophy will be given to the winning players. At the same time, this tournament will be organized at a cost of about Rs. 1 crore 75 lakh.

So far entry of 15 countries including India