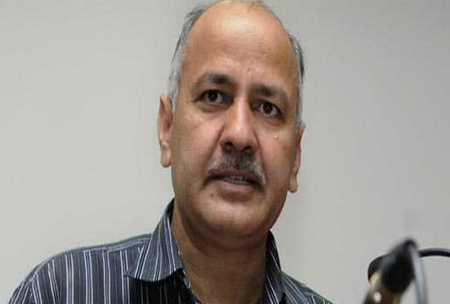 New Delhi, (thestates.news): Lawyer Abhishek Manu Singhvi placed before the bench of Chief Justice DY Chandrachud the affidavit filed by Delhi Deputy Chief Minister Manish Sisodia on the transfer-posting of officers in Delhi. Singhvi said that due to lack of officials’ cooperation, there is a problem in the functioning of the government. Opposing this, the counsel for the Centre said that this is political propaganda and the affidavit has already been leaked to the media. The Chief Justice said that even though this may be a political issue, the court will have to see the constitutional aspects of it. The court will not ask the other party to file a reply on this affidavit as of now, otherwise an endless cycle would start, the Justice said. The court asked to wait for the hearing as the matter before the Constitution Bench on November 24.

Delhi Deputy Chief Minister Manish Sisodia filed an affidavit in the Supreme Court saying that the problem has worsened with the appointment of Lieutenant Governor VK Saxena, who is completely obstructing the functioning of the Delhi government. The affidavit said bureaucrats stopped attending meetings despite calls from ministers and also have stopped picking up the calls of the ministers. The affidavit stated that the officials either delay or don’t send the files to the ministers concerned. The officials also disobey the orders and instructions of the ministers and treat the elected government with indifference. In addition, the Lieutenant Governor is punishing those officers who are cooperating with the elected government.

The court referred the matter to a five-judge Constitution Bench on May 6. The Delhi government is demanding complete control over the authorities. The central government had said that this issue is also related to the amendment made in the National Capital Territory of Delhi Act in 2021. The Centre had demanded a simultaneous hearing on both issues. Solicitor General Tushar Mehta had demanded to refer the matter to the Constitution Bench for hearing.

The Supreme Court had given a divided decision by a two-member bench on the issue of control over the officers in Delhi on February 14, 2019. The bench of Justice AK Sikri and Justice Ashok Bhushan had given separate judgments, so the issue was referred to a larger bench for consideration.(HS)