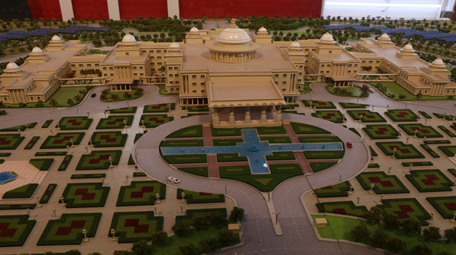 As many as 1500 tribal artists from nine countries-Mozambique, Mongolia, Tongo, Russia, Indonesia, Maldives, Serbia, New Zealand, and Egypt, and all the states and union territories of India will participate in the National Tribal Dance Festival.

The National Tribal Dance festival will have competitions in two categories. The first category will be based on the theme ‘harvesting’, and the second category based on the theme ‘tribal tradition and ritual’. Prizes worth Rs. 20 lakh will be distributed to the winners. Cash prizes worth Rs. 5 lakh, Rs. 3 lakh, and Rs. 2 lakh will be awarded to the first, second, and third positions.