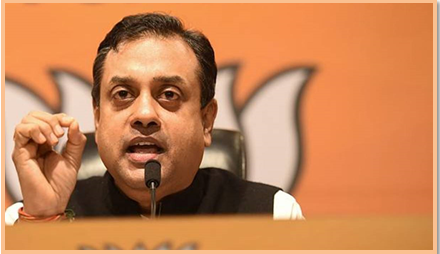 New Delhi(thestates.news)| The Bharatiya Janata Party (BJP) on Friday attacked the Kejriwal government, accusing it of yet another scam. BJP spokesperson Sambit Patra, citing data of three NGOs, claimed that two lakh fake construction workers have been registered in Delhi. He said that investigation has revealed that only one mobile number is registered in the name of 65,000 of these registered workers.

In a joint press conference held at the BJP headquarters, Patra and Former BJP Delhi President and MP Manoj Tiwari lashed out at the Kejriwal government. They said that there is a flaw in the Aam Aadmi Party’s and Arvind Kejriwal’s intentions. They said that the excise scam happened in Delhi just a few days back. Then a thug named Sukesh Chandrashekhar was duped by the Aam Aadmi Party and today the biggest corruption regarding workers is being revealed.

Patra said that about 10 lakh registrations were done by the Aam Aadmi Party between 2018 and 2021, out of which 2 lakh have been found to be fake and an investigation is going on. There is only one mobile number for the names of 65,000 workers, while there are 15,750 workers who have the same address.

Sambit Patra said that Kejriwal talks about ending corruption, but out of 9 lakh, 2 lakh were fake registrations. Quoting sources, it has been said that this figure can go up to 7 to 8 lakhs. The BJP spokesperson further said that money is being withdrawn by registering fake people.

Tiwari said that the person who can snatch the rights of labourers by making so many lucrative promises, there is no need to tell how big an enemy he is of Delhi. Even before this, the Aam Aadmi Party had done a scam of ₹143 crore from the workers’ funds and used it in the work of the party.(HS):