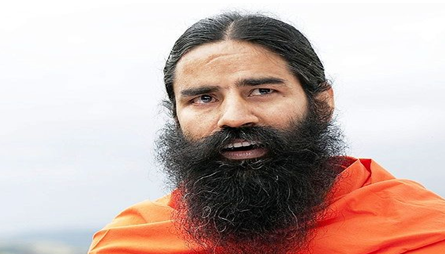 Uttarkashi, (thestates.news) : On Wednesday, Chief Minister Pushkar Singh Dhami and Yoga Guru Baba Ramdev flagged off a joint expedition team of Patanjali Yogpeeth and NIM IMF for the discovery of special, infallible and endangered medicines in Raktavan Glacier of Gangotri Dham. Earlier, Chief Minister CM Dhami, who reached Gangotri Dham, offered prayers at Gangotri Dham. In his address, the CM said that the presence of Swami Ramdev gives a feeling of energy to all of us. The campaign of exploration started by Patanjali will prove to be a milestone not only for Uttarakhand but for the entire country. I pray to Maa Ganga that she should get success in the research for which Acharya has set out on the Raktvan glacier. He said that Patanjali is working to promote Ayurveda across the world. Yoga has been adopted not only in India but by the whole world.

CM Dhami said, I am feeling proud that Patanjali will find Sanjeevani and bring it. Patanjali has taken a pledge to take Uttarakhand to the world stage in the field of herbs. He said that we are moving towards making Uttarakhand the cultural and spiritual capital of the world. He said that under the leadership of Prime Minister Narendra Modi, our government has resolved that we will make Uttarakhand the cultural and spiritual capital of the world. Prime Minister Modi has described the third decade of the 21st century as that of Uttarakhand from the land of Kedar, which we are trying day and night to fulfill.

The Chief Minister said that this time 32 lakh (registered) pilgrims have traveled in Char Dham Yatra so far, with the blessings of Mother Ganga and Baba Kedar, the journey is going smoothly and safely. During the Kanwar Yatra, about four crore Kanwariya Shiva devotees came to Uttarakhand. For the first time, our government made a budget provision in the Kanwar Yatra. There should be widening of the Char Dham Yatra road. The court has given permission for this. He wished everyone a Happy Hindi Day. In the program, oath was also administered regarding the cleanliness, aviralta and cleanliness of Maa Ganga.

Yoga guru Swami Ramdev said that Uttarakhand is going to become a spiritual and cultural capital under the leadership of CM  Dhami. Patanjali is working shoulder to shoulder with the government for Uttarakhand to lead the world in the field of Ayurveda. For this we will invest more than ₹1,000 crore. He said that the development of a youthful state can be possible only with a young Chief Minister. Under the leadership of the Chief Minister, Uttarakhand is the first in the country to implement the Uniform Civil Code in the state. Acharya Balkrishna said that under this campaign, we are trying to connect nature with culture. He said that surely with this campaign, we will all return with a new dimension and height. Through this tracking, such plants will work to find medicines which are not in any list. He described this travel track as a research based journey.

It is noteworthy that the expedition of mountaineering in Raktavan Glacier area of Gangotri, jointly organized by Nehru Mountaineering Institute, Uttarkashi and Patanjali Ayurved, Haridwar and Indian Mountaineering Institute, is being done under the leadership of Acharya Balkrishna for 15 days. During this joint expedition, the work of climbing unnamed and unmounted mountain peaks and exploration in this inaccessible region of the Himalayas will be done. After independence in this area, the work of exploration was done in 1981 by a joint Indo-French expedition team. Despite the tireless efforts, this exploration team was able to travel only half the area. After this, till date no team has gone in search of climbing and vegetation in this area. This joint expedition will be carried out by Colonel Amit Bisht, Principal of the institute, besides Sena Medal, two mountaineering instructors of the institute Deep Shahi, Vinod Gusain and Bihari Singh Rana.