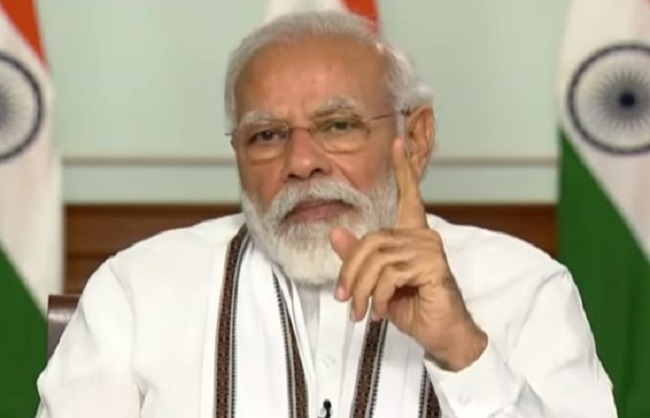 New Delhi, (thestates.news) : Prime Minister Narendra Modi is set to hold wide-ranging discussions with other G20 leaders on key issues of global concern including food and energy, security and digital transforamtion and hold bilateral talks with leaders of France, Singapore, Spain and host Indonesia. He will leave for Bali, Indonesia at 11.55 am on Monday to attend the G-20 summit. The Prime Minister said in his departure statement that he would be visiting Bali, Indonesia from November 14-16 to participate in the 17th G20 Leaders’ Summit under the chairmanship of Indonesia.

During the Bali Summit, he will hold wide-ranging discussions with other G20 leaders on key issues of global concern. Modi will meet leaders of several other participating countries and review with them the progress in India’s bilateral relations on the sidelines of the G20 Summit. He said that he looks forward to addressing the Indian community in Bali at a reception on November 15.

The PM said that when Indonesian President Joko Widodo will hand over the G20 Presidency to India at the closing ceremony of the Bali Summit, it would be an historic moment. India will officially assume the presidency of the G20 from December 1, 2022. He said that he will also extend a personal invitation to the G20 members and other invitees to the G20 Summit next year. Modi said that during his interaction at the G20 Summit, he will highlight India’s achievements and our unwavering commitment to collectively address global challenges. India’s G20 presidency will be based on the theme Vasudhaiva Kutumbakam or One Earth One Family One Future, which underlines the message of equitable development and shared future for all.(HS)