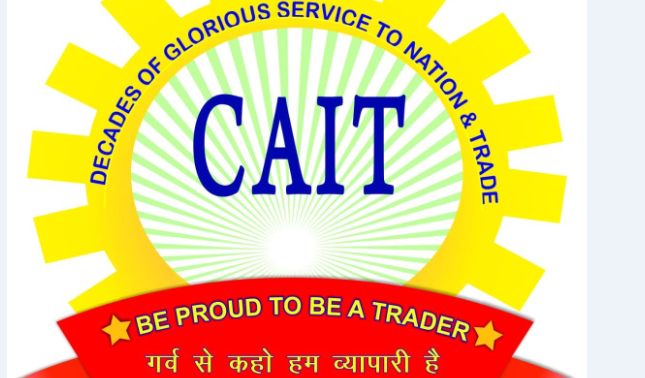 Raipur (The States. news) CAIT  National Vice President Amar Parwani, chairman Magelal Maloo  , Amar Gidwani State President Jitendra Doshi ,  States Working President Vikram Singh Deo, Parmanand Jain , Vashu Makhija, state General secretary Suriender singh , State Working General secretary Bharat Jain, State Treasure Ajay Agrawal and state Midia Prabhari Sanjay Choubey informed that Implementing the decision of the GST Council in order to remove/correct the inverted tax structure the Government has come up with a Notification No. 14/2021  dated 18.11.201 raising tax from 5% to 12%. which is termed as unjustified and does not meet the basic object of removing inverted duty as envisaged by the Government- said the Confederation of All India Traders (CAIT). Instead of simplifying and rationalising the GST tax structure, the GST Council has made it as “ most complicated GST law in India over the world” and much against the GST structure shown to CAIT by the then Finance Minister Shri Arun Jaitley.

CAIT National Vice  President Mr.  Amar Parwani & State President  Mr. Jitendra Doshi said that the question is whether the inverted tax structure is totally  corrected? The answer is a big no.In cotton textile industry there was no inverted tax structure, then why fabric and other cotton textile goods were brought under the 12% bracket. Even in the man made textile industry, at the stage of manufacturing  garments , sarees and all types of made ups there was no inverted tax issue. Without having any understanding of the stages of the textile industry such a harsh decision will be a regressive step. The  Central Government’s notification to increase the rate of GST on basic items like textiles,  footwear and Stationary  from 5% to 12% is being opposed all over the country including Delhi and the CAIT has decided to launch a mega agitation across the country against such arbitrariness. The agitation will be led by two important trade associations of cloth trade namely Delhi Hindustani Mercantile Association and Federation of Surat Textile Association (FOSTA) under the umbrella of CAIT.  Apart from textiles and footwear, trade organizations of all types of trade, workers, employees associated with them will also participate in it.

Mr. Parwani  & Mr. Doshi  said that “ Roti, Kapda & Makaan “are three basic things of life. Bread has already become very expensive due to high rise in prices , buying a house is beyond the reach of a  common man and the cloth which was accessible has also been made expensive by the GST Council.  After all, what kind of treatment is being done to the common man of the country. In this matter not only the Central Government are completely guilty because these decisions have been taken unanimously in the GST Council and no one has opposed such an irrational decision. They have demanded that the increased rate of GST on clothes , footwear and stationary  should be withdrawn immediately. They said that retail trade in the Country has already been destroyed due to Covid and now that the business was resuming on track from this year, the increase in the GST rates will be last nain in the coffin of the trade.

Mr. Parwani  and  Mr. Doshi  said that according to sources, it has been learned that the Fitment Committee of GST has recommended an increase in the GST rate  on gold jewelry from 3% to 5% and the current tax rate in GST  5. % has been recommended to 7%, 12% to 14% and 18% to 20%. They said that this proposed increase in tax rate is highly irrational and unjustified and is clearly arbitrary action by the fitment committee. In the matter of increase in clothes , footwear  and stationary , no consultation was done with any stakeholder of the country. GST is being distorted continuously and the concept of “One Nation-One Tax” has been made a joke. They said that traders across the country have mobilized against this unilateral and arbitrary increase against which the traders across the Country are in great anger and resentment. To decide about the future strategy of the agitation, the CAIT has convened a video conference on 28th November with the leaders of textile and footwear trade across the Country which will also be joined by prominent trade leaders of all States.

Mr. Parwani and Mr. Doshi said that it is very unfortunate that the GST which was talked and explained to CAIT by the then Finance Minister Shri Arun Jaitley who by soliciting the support of trading community on 4th June2017 was a simple tax structure having minimal compliance but has been blown up and replaced by a very complex GST tax system. Prime Minister Shri Narendra Modi’s announcement of Ease of Doing Business and One Nation-One Tax is being openly ridiculed. The present tax system of GST has made the traders a scribe. The officers have become autocratic and either the command of the responsible leaders has become loose or they are also involved in torturing the traders. Traders across the country will no longer tolerate this situation. The CAIT has urged Union Finance Minister Smt Nirmala Sitharaman & Textile Minister Shri Piyush Goyal to kept the notification in abeyance and start consultation with traders.