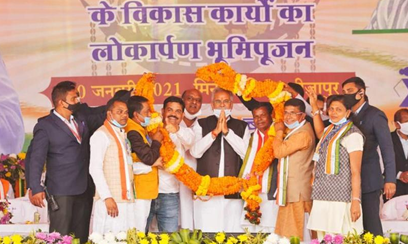 Raipur (the states. news) Chief Minister Shri Bhupesh Baghel said that the minimum support price of Kodo-Kutki will also be declared  from this year. The announcement was made by the Chief Minister in Bijapur.  He announced Kutru and Gangalur as tehsils in Bijapur district.  He sanctioned funds for deepening and beautification of 12 ponds of the district including development work being carried out in Bijapur for upgrading and beautification of Loha Dongri, Mahadev Talab and development of 10 roads in the district and bus stand in Bhairamgarh, Awapalli and Mander.