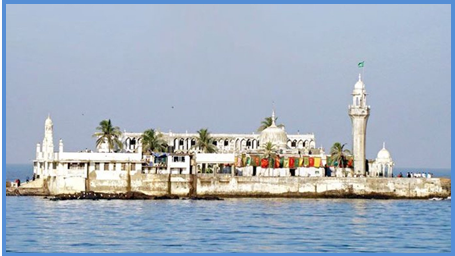 Mumbai,(thestates.news) : A phone call threatening to attack the Haji Ali Dargah was receeived by the Mumbai police control room. The police are doing a thorough investigation in this matter. An unidentified person called in the Mumbai Police control room and threatened to attack the Haji Ali Dargah in Mumbai on Friday. The unknown caller told that 17 terrorists are about to attack Haji Ali Dargah. When the number was called from the Mumbai Police Control Room, the phone was switched off. After the call trace, it was found that the call was made from Ulhasnagar. As soon as the information about the phone call was received, the team of Tardev police station reached Haji Ali Dargah and conducted a thorough investigation there, but nothing suspicious was found.(HS)