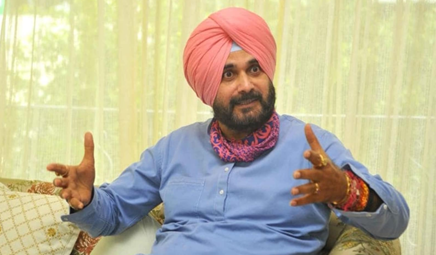 Chandigarh,(thestates.news) : Former Punjab Congress President Navjot Sidhu has sought a week time from the Supreme Court to surrender even as the Punjab Government issued orders on Friday to withdraw the security deployed to protect the cricketer-politician. The Supreme Court on Thursday sentenced one year jail term to Sidhu in the 34-year-old road rage case.After the verdict, Sidhu’s wife Navjot Kaur Sidhu reached Patiala from Amritsar to meet her husband who was there. Sidhu supporters gathered outside Patiala Jail as it was informed that he would surrender later in the afternoon. But Sidhu sought a week’s time citing ill health. The apex court will hear Sidhu’s plea on Friday.Meanwhile, Punjab Police headquarters asked the 45 policemen deployed to protect Sidhu to report back to their respective units.(HS)