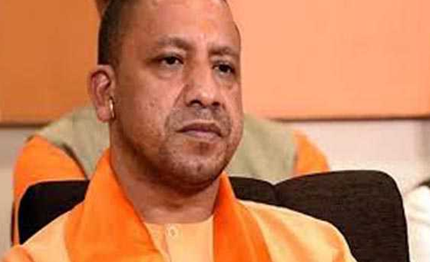 Lucknow,(thestates.news): Yogi Adityanath, the chief minister of Uttar Pradesh, complimented the state’s law and order situation on Sunday, saying it had set an example for the country and even the globe. The BJP leader was speaking after flagging off modern jail vans for 56 districts as part of the Police Modernisation Scheme. Uttar Pradesh’s law and order is considered as an example for the country and the globe, he remarked. People frequently highlight Uttar Pradesh’s law and order situation as an example of a state where rioting, chaos, and hooliganism were seen to be at their pinnacle before 2017, but where the rule of law has now been established, according to the chief minister.

Taking a jab at previous regimes, Adityanath stated that formerly, the police would chase but criminals used to escape. Modern Prison Van is part of a series that began with the process of police modernization for greater peace and order in the country’s largest state, according to the CM. He claimed that before, detainees were transported to the jail in outdated cars that lacked technology, causing them to either flee or be attacked and freed by criminal groups. However, Adityanath stated that the new prison vans are outfitted with technology to safeguard the safety of police officers when carrying prisoners from jail to court and from court to jail. Whether it’s the transparent process of police recruiting or professional training, all effective actions have been made to ensure law and order in the state, the CM continued. (HS)